The Conception CapÂ® allows men to take a proactive approach in addressing issues of low sperm count and low sperm motility in the privacy of home. Most men want to avoid the embarrassment associated with clinical testing procedures “sample collection room”. During intercourse the majority of sperm (90%) never make it to the critical opening of the cervix due to various factors. By doing cervical cap insemination in the privacy of home, allows the couple to addressÂ  low sperm count and low sperm motility issues
â€‹

The cornerstone of the kit is the Conception CapÂ®â€‹, which brings the semen in direct contact with the opening of the cervix for four to six hours. This allows all available sperm cells a greater opportunity to move into the uterine cavity and fertilize an egg.

Why is the cervical cap so important in enhancing the opportunity to conceive?Â Studies have shown that the majority of sperm (about 90%) deposited during intercourse never make it to the critical opening of the cervix due to various factors such as:

Inside the Conception CapÂ®â€‹ they are concentrated and protected from the vaginal environment while being placed there on the very best day possible for conception to happen during ovulation. The ability to concentrate semen and deliver it to the cervix is very important when you consider that due to various factors the majority of sperm never make it to this critical point of entry. 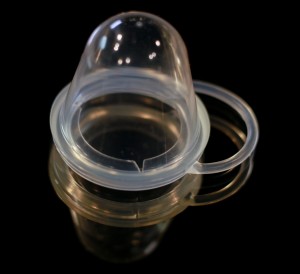 Want to secure your Conception KitÂ® at home system?
Please fill out the fields below to receive physician, pharmacy and patient instructions.